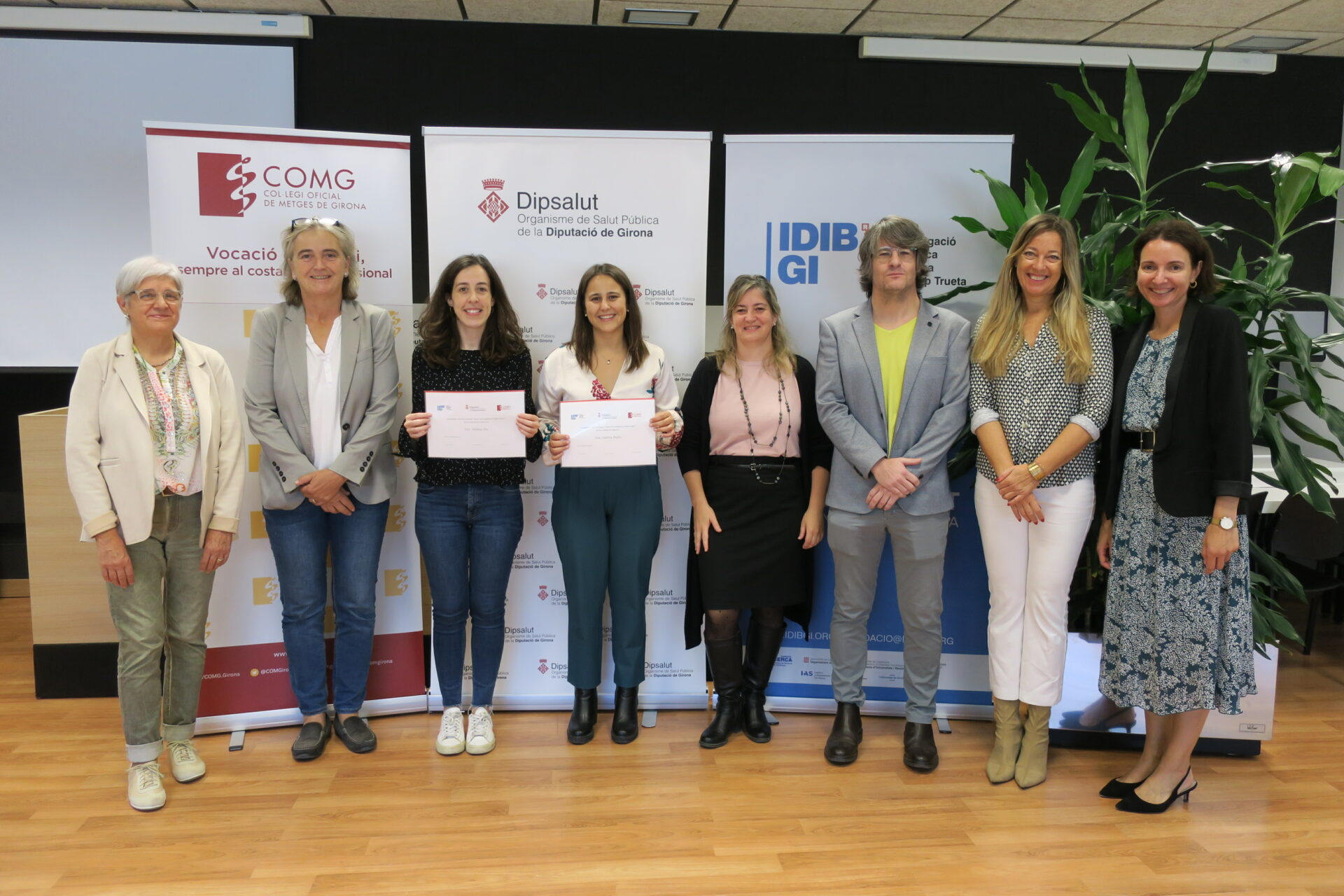 Dipsalut and the Girona Biomedical Research Institute (IDIBGI) in collaboration with the Col·legi de Metges de Girona (COMG) have awarded two new Talent Gironí Grants. The aim of this grant is to promote research among young health professionals, who can apply once they have completed their residency, and also thanks to the collaboration with the healthcare centres where they work.

The winners of the second edition are the oncologist of the Catalan Institute of Oncology, Helena Pla, who will investigate the resistance to treatment of a type of breast cancer, and the cardiologist of the Trueta Hospital, Helena Resta, with a project on the prevention of cardiac toxicity derived from chemotherapy treatment in patients with breast cancer.

The Post-residency Grant at Talent Gironí allows the beneficiary to combine his or her healthcare activity with research, dedicating half a day to each for one year (extendable for a further year). The winner is chosen through a competitive process that evaluates the professional career and the research project he or she wishes to carry out with the grant.

The grant was presented at the Dipsalut headquarters by its president, Maria Puig, and its manager, Sílvia Oliveras, the director of the IDIBGI, Marga Nadal, and the secretary of the COMG, Carme Busquets. Also present at the ceremony were the supervisors of the respective IDIBGI research projects, Gemma Viñas, researcher in the Precision Oncology research group in Girona (OncoGIR_Pro), and Sergi Moral, researcher in the Cardiovascular Genetics group, groups that will be joined by Helena Pla and Helena Resta, respectively, thanks to the grant.

Helena Pla, an oncologist at ICO Girona, won the Talent Gironí grant with a project on resistance to treatment in HER2-positive breast cancer. This cancer can be treated with chemotherapy and treatments directed against HER2 that are received prior to the intervention, but there are patients who present resistance to anti-HER2 drugs, causing a worse prognosis of the disease. Pla's research will consist of studying the role of one type of molecule in this mechanism that causes resistance to therapy. The research is a continuation of a line of research that has already begun in Girona, led by Gemma Viñas, in this case in the laboratory, and which Pla will now transfer to patient samples in the clinic.

Helena Resta, a cardiologist at the Hospital Josep Trueta, won the grant by presenting a project on cardio-oncology in patients with breast cancer, one of the most prevalent cancers in our population. Some treatment drugs can generate cardiac toxicity in the form of ventricular dysfunction and, in turn, cause heart failure. This side effect often forces cancer treatment to be stopped, and to date there are no known effective measures to prevent it. The Resta project will investigate whether treatment-related cardiotoxicity can be reduced through a comprehensive programme of supervised physical exercise, control of cardiovascular risk factors and nutritional control.

About the call "Post-residency Grant to the Talent Gironí"

The Post-residency Grant to the Gironí Talent is promoted by DipSalut and IDIBGI in collaboration with the College of Physicians of Girona, and also has the support of the health institutions where the winners work, which may be the University Hospital Dr. Josep Trueta - Catalan Institute of Health in Girona, the Hospital Santa Caterina - Institute of Health Care, the Catalan Institute of Oncology in Girona and the Institute of Diagnostic Imaging. The winner of the first edition was Manjot Singh, who is carrying out a research project based on the evaluation and monitoring of the public defibrillation programme "Girona, territori cardioprotegit", an initiative promoted by the cardiologist Ramon Brugada and active since 2011.