A decade of the Cardiovascular Genetics Unit (IDIBGI-UdG): more than 30,000 genetic analyses and more than 8,000 users visited 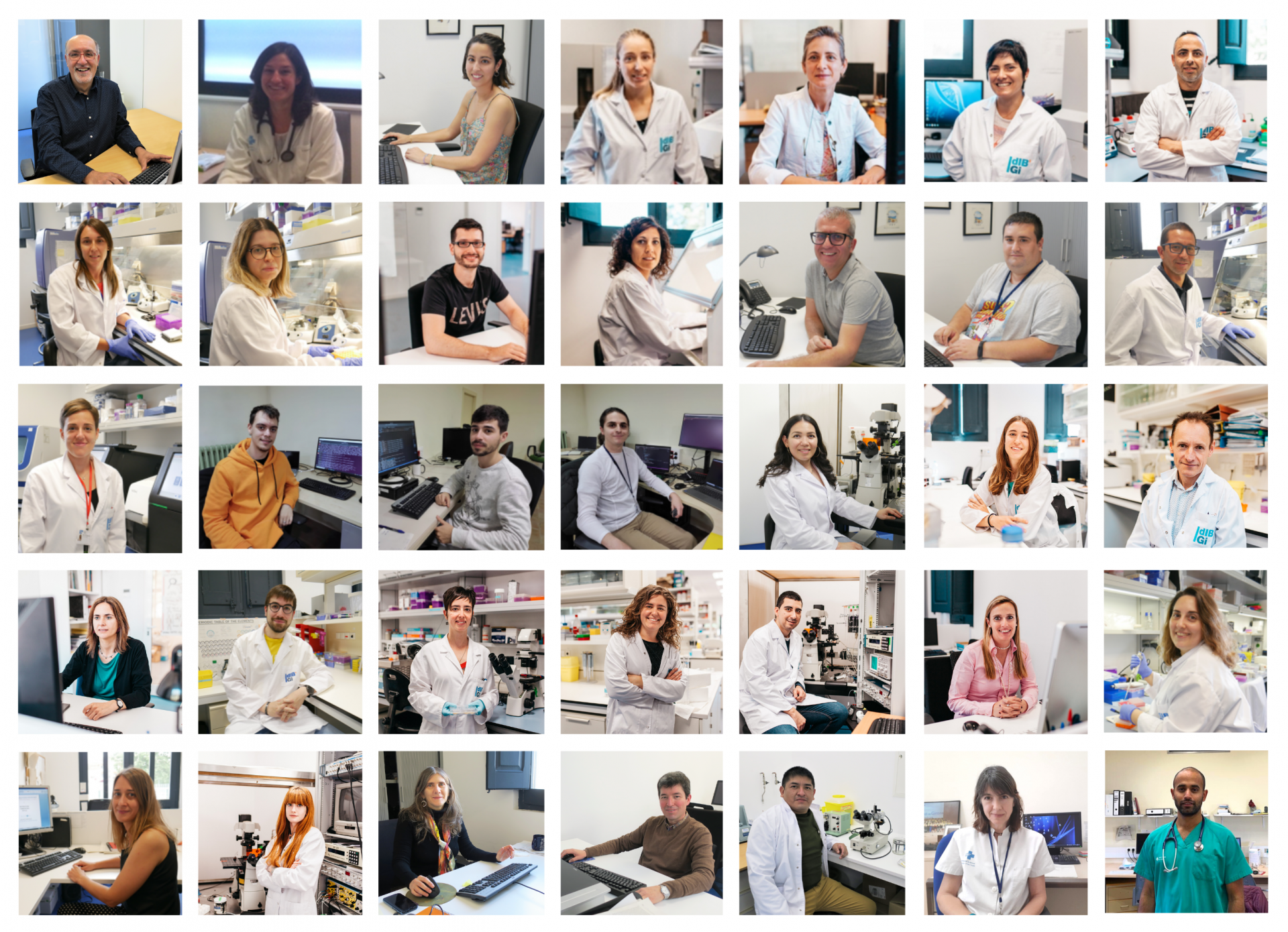 The Cardiovascular Genetics Unit (GenCardio), led by Dr. Ramon Brugada, has completed 10 years. In this time, the research group - linked to the Dr. Josep Trueta Biomedical Research Institute of Girona (IDIBGI) and the University of Girona (UdG) and promoted by the "la Caixa" Foundation with an investment of 6 million euros - has established itself as one of the most powerful and multidisciplinary in the field of diagnosis of hereditary cardiovascular diseases and sudden death. In total, the laboratory has performed more than 30,000 genetic analyses over the years and has visited more than 8,000 relatives.

In the field of research, GenCardio investigates the basic mechanisms associated with sudden death from different aspects of biomedicine (genetics, epigenetics, histology, molecular biology, basic electrophysiology, bioinformatics and clinical cardiology), working with patients and with cellular and animal models.

The research group has several ongoing projects that have had an important impact on society. One is the Moscat (Sudden Death in Catalonia) project, in collaboration with the Institute of Legal Medicine and Forensic Sciences of Catalonia (IMLCFC), with which, since 2012, genetic analysis is performed on all victims under 35 years old, already some up to 50 years old, of sudden unexplained death in Catalonia. This is one of the most ambitious forensic projects in the world on sudden death, and aims to identify whether the death was caused by a hereditary disease, which could trigger preventive strategies in the rest of the family members. Genetic studies carried out on victims of sudden death under the age of 50 years, about 130 per year, reveal that about 40% of them have a hereditary origin. After 10 years, more than 1,000 genetic analyses have been performed and more than 2,000 family members have been visited.

GenCardio also leads the Sudden Death project in the Canary Islands. Based on a family with more than 2,000 members and a hereditary disease associated with sudden death, the project aims to identify individuals at risk of sudden death. The genetic mutation was discovered in 2009, and more than 200 individuals are genetic carriers. In the previous 17 years, 34 young relatives had died. After 10 years of treating the genetic carriers, there has not been another death in the family.

In the Girona area, in collaboration with Dipsalut, Dr. Brugada is the promoter and scientific director of the "Girona, Cardioprotected Territory" program, one of the largest public defibrillation projects in the world. The program has already implemented more than 750 public defibrillators in Girona's municipalities, including the smallest and most isolated ones, and since its launch more than 70 people have been saved.

The beginnings of GenCardio date back to 2008, when Dr. Brugada started up the Faculty of Medicine at the University of Girona as dean, combining his university management work with his teaching duties at the faculty. At that time he helped to set up a project on sudden cardiac death in Girona, under the name of GenCardio, with the aim of having an impact on public health and bringing together, within a global vision, research, care, dissemination and transfer of knowledge on sudden cardiac death.

GenCardio currently includes more than 40 researchers of all educational levels (students, technicians, predoctoral students, postdoctoral researchers, clinicians, and junior and senior researchers). The group has published more than 300 articles and book chapters and has made fundamental scientific contributions in the field of arrhythmias and sudden death. It has become a reference unit in the field of cardiology. Since 2008, GenCardio has supervised 15 doctoral theses. In parallel, the Chair of Cardiovascular Diseases has been promoted at the UdG, which also celebrated its 10th anniversary in 2021 and has also been supported by the "la Caixa" Foundation.

GenCardio's goal is to advance the use of genomics in Girona, and therefore collaborates with other institutions in the development of personalized gene panels that aid clinical diagnosis. In 2020 it developed, among others, a somatic lung cancer gene panel in collaboration with the Pathology Anatomy Service of the Hospital Trueta and the Catalan Institute of Oncology. In 2021, in collaboration with various hospital services, they launched the Molecular Diagnostics and Personalized Medicine Unit at the Trueta Hospital, to offer genetic analysis to the entire Girona Health Region.

Also in 2011, the Family Cardiopathies Unit was launched at the Josep Trueta Hospital, a highly specialized unit in the field of inherited cardiovascular diseases, with dedicated cardiologists and specialized genetic counseling in cardiology. This unit collaborates closely with the Pediatrics Service and with the other areas of adult cardiology for a careful clinical assessment. The unit combines patient and family care with in-house genetic evaluation and clinical research. This makes the unit unique in the field, and this year more than 2,000 families have already been visited.

For more than 30 years, the "la Caixa" Foundation has been promoting projects in the field of research and innovation in biomedicine and health that are carried out in research centers, universities and hospitals in Spain and Portugal. The entity currently collaborates with more than 150 institutions to generate new scientific knowledge in the field of health and supports the work of more than 2,500 researchers in the Iberian Peninsula.

The "la Caixa" Foundation's Research and Health Program is one of the most important in Europe among those deployed by philanthropic entities. Last year alone, the entity allocated 66 million euros to different research and health programs. These include, in addition to strategic collaborations with leading centers, the CaixaResearch competitive calls for health research, the largest in Spain and Portugal, which are concentrated in five areas: cardiovascular diseases, oncology, neurosciences, infectious diseases and health technologies.

In addition, the institution promotes the transfer of knowledge to society and the creation of new biomedical companies through CaixaResearch calls for innovation. In the last 5 years, the CaixaResearch calls have supported 206 projects from 80 universities and research centers in Spain and Portugal, with a total amount of 62 million euros.

The Institute for Biomedical Research of Girona (IDIBGI)

The Institute for Biomedical Research of Girona (IDIBGI), which has its origins in the Doctor Josep Trueta Private Foundation, was created in July 2005 with the aim of promoting, developing, managing and disseminating biomedical research in the area of the counties of Girona. With this objective, it brings together its own research groups and research groups led by researchers from the Hospital Universitari Doctor Josep Trueta, the University of Girona, the Institute of Diagnostic Imaging, the Catalan Institute of Oncology, the Catalan Institute of Health in Girona and the Institut d'Assistència Sanitària.

The University of Girona

The University of Girona (UdG) is a public institution that is part of the Catalan public university system. The UdG excels in teaching and research, and participates in the progress and development of society through the creation, transmission, dissemination and criticism of science, technology, humanities, social and health sciences and the arts. It is the economic and cultural engine of its environment, and expresses the vocation of universality and openness to all traditions, progress and cultures of the world.