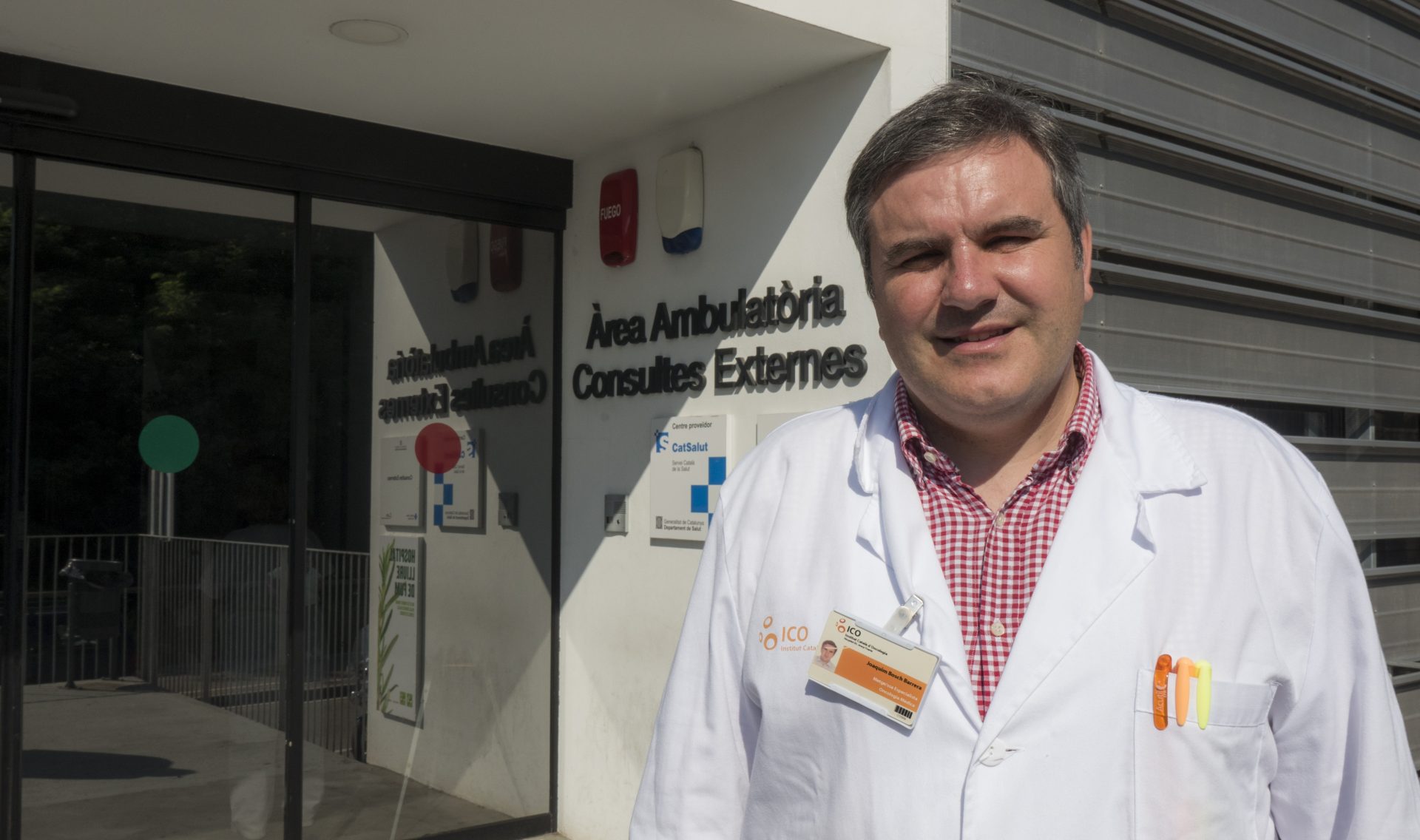 A simple blood test can identify patients resistant to radiotherapy according to a study involving researchers from the Catalan Institute of Oncology of Girona and Institute of Biomedical Research of Girona (IDIBGI) and led by Manuel Valiente of the National Cancer Research Center. This finding, which has been published in the scientific journal Nature Medicine, represents a new strategy for treating patients with brain metastases that do not respond to radiotherapy.

The authors of this work have discovered that only a blood test is needed to identify patients who are resistant to radiotherapy before undergoing treatment, and they have found a drug that could reverse this resistance. Thus, a multicenter clinical trial has already begun to validate the biomarker through the National Network of Brain Metastasis (RENACER).

This project received funding from TV3's La Marató 2018 to investigate in order to find specific therapies and biomarkers with the aim of improving the treatment of brain metastases.

It is estimated that between 20 and 40% of patients with solid tumors develop brain metastases, a type of lesion that is difficult to treat with drugs because the blood-brain barrier acts as an obstacle to the entry of drugs into the brain. Radiotherapy is therefore one of the most widely used tools to treat these metastases, which mostly come from primary lung, breast and melanoma tumors.

But the side effects can be significant and, in addition, tumors often reappear in the irradiated area after the application of holocranial radiotherapy, so called because it is applied mainly to brain tissue. This phenomenon, the appearance of resistance to radiotherapy applied to metastatic brain tumors, has, however, been little studied until now. For this reason, research was started using animal models and also three-dimensional cell cultures of brain metastases from patients simulating tumor tissue. In addition, data from cohorts of lung, breast and melanoma patients with brain metastases were analyzed.

As a result, it has been possible to identify a molecular pathway involved in the appearance of resistance, and in particular a protein, S100A9, which functions as an indicator of sensitivity to radiotherapy: the greater the presence of S100A9, the greater the resistance to radiotherapy. The surprise was to find that this protein can be detected in blood. Part of the samples used to validate this biomarker come from the IDIBGI Biobank.

According to Joaquim Bosch, medical oncologist at ICO Girona, scientific director of the OncoGir-PRO Group at IDIBGI and collaborating researcher in the study, "thanks to this finding, with the result of a blood test, we will be able to anticipate and identify those patients who present brain metastases resistant to radiotherapy, and therefore be able to offer them much more personalized treatments in the future". The study has also involved the participation of medical oncologists from ICO Girona and researchers from the OncoGIR-PRO Group at IDIBGI, Èlia Sais, Alejandro Hernández and Eduard Teixidor.

Another encouraging result of the study is that an inhibitor drug of the protein that binds to S100A9 to activate resistance is already known and that in clinical trials against Alzheimer's disease has been shown to be safe and able to cross the blood-brain barrier and reach the brain. Thus, the researchers demonstrate in animal models, and in cultures made from patient samples that this drug can be used to get resistant patients to respond to radiotherapy.

"This research opens the possibility of helping to reverse the resistance to radiotherapy of brain metastases as demonstrated by previous studies in mouse models conducted by Manuel Valiente's group. It is now necessary to complete a clinical study with this molecule to confirm these encouraging results in patients", says Joaquim Bosch and adds "if we have been able to demonstrate in patients that we found high levels of this protein in the blood, this is related to a worse response to radiotherapy".