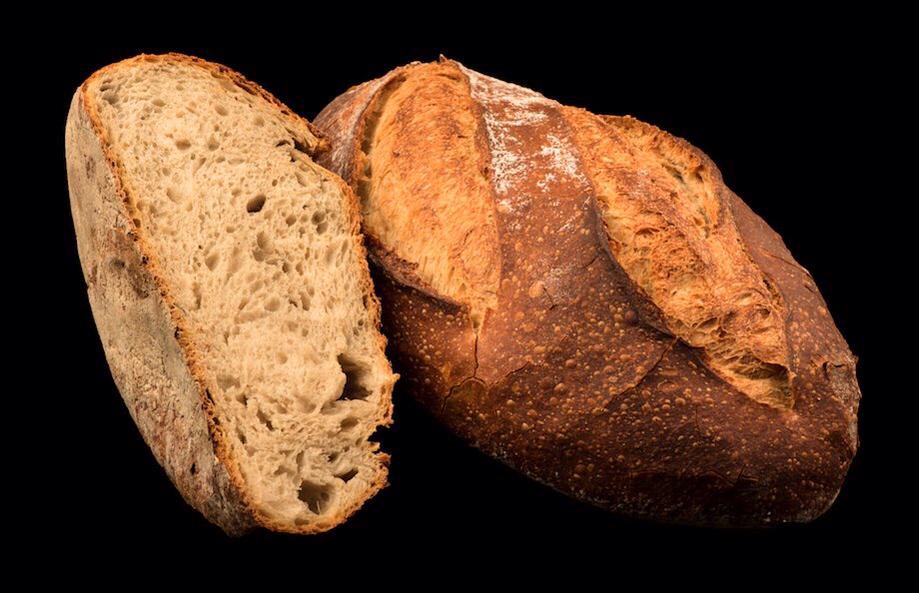 The Digestive Diseases and Microbiota group of the Josep Trueta Biomedical Research Institute of Girona (IDIBGI) has detected a prebiotic effect in bread made following specific processes, which could potentially be applicable to patients with inflammatory bowel disease. There is currently no doubt about the impact of the intestinal microbiota in inflammatory bowel diseases (IBD), such as Crohn's disease and ulcerative colitis. So much so that in recent years much effort has been devoted to finding treatments based on the modulation of the microbiota to alleviate the effects of IBD. In this sense, prebiotics are foods that selectively stimulate the growth of microorganisms present in the host (humans), which have a health benefit.

The Digestive Diseases and Microbiota group of IDIBGI, led by Dr. Xavier Aldeguer, publishes an article in the scientific journal Frontiers where it describes and compares the set of bacteria and yeasts present in the doughs produced in the elaboration of breads prepared from different flours, recipes and fermentations. In addition, the "in vitro" effect that these breads can have as prebiotics to treat patients with IBD is evaluated.

In the study, baked breads incubated in the laboratory with stool samples from people with IBD produced an increase in the production of short-chain fatty acids, which has a clear anti-inflammatory effect, and also increased the presence of certain types of bacteria that are reduced in number in this type of patient. These results would indicate a probiotic effect of bread that would help to restore the balance of the microbiota and, consequently, would contribute to modulate the state of intestinal inflammation in these patients.

"The results obtained indicate a prebiotic effect of bread in restoring the balance of the intestinal microbiota. Furthermore, this study provides new findings on the dynamics of microorganisms throughout the production of breads with different compositions and treatments. All this reinforces the idea that the intake of certain universal foods, such as bread, produced according to specific recipes and in certain quantities, could be useful to help reverse the imbalance of the intestinal microbiota, present in inflammatory bowel diseases," says Marc Llirós, postdoctoral researcher in the IDIBGI's Digestive Diseases and Microbiota research group and co-author of the study.

"We should not lose sight of the fact that the aim of the work presented, despite being part of a study evaluating the probiotic potential of bread, is not to use bread as a remedy or treatment but to demonstrate its beneficial effect," says Aleix Lluansí, a doctoral student in the same IDIBGI research group and one of the authors of the paper.

This work arises from a collaboration within the RETOS-Colaboración program of the Ministry of Economy, Industry and Competitiveness (RTC-2017-6467-2), carried out by the Institute of Biomedical Research of Girona (IDIBGI), the Hospital del Mar Institute of Medical Research (IMIM), the bakery company Elias Boulanger SL and the spin-off of IDIBGI and the University of Girona GoodGut SL, which currently belongs to HIPRA.