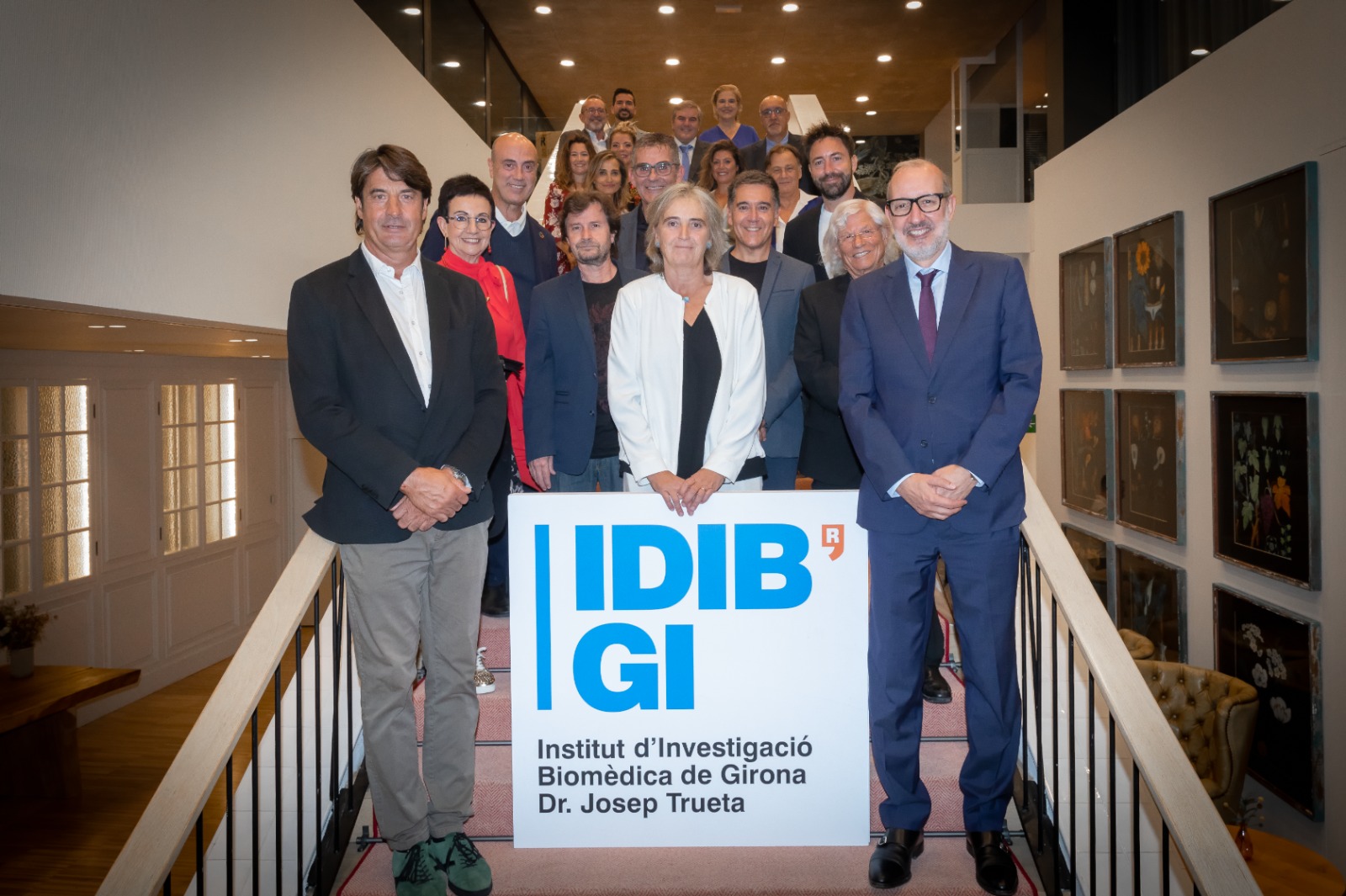 More than 200 people attended tonight's revival of El Sopar dels Miralls, an evening that raises funds for research in biomedicine and public health at the Girona Biomedical Research Institute (IDIBGI). Some twenty personalities from the worlds of culture, science, business, sport and communication hosted the evening of solidarity.

Looking at someone, following their example and being inspired by them is a desire shared by many people, young and old. The opportunity to share a table with the person for whom one has admiration, accompanied by a good cause and an emblematic space, is the formula that generates El Sopar dels Miralls. This third edition was scheduled for 20 March 2020 but, in a matter of days, the pandemic forced it to be cancelled.

Recognition of commitment to IDIBGI

During the event, representatives of the IDIBGI recognised individuals and organisations that support research at the biomedical research centre. The Girona company König, the Oncolliga Girona Foundation and Begoña Matesanz, a promoter of solidarity initiatives for research into Multiple Sclerosis, were recognised for their firm commitment to IDIBGI's research.

A T-shirt signed by all the hosts was also raffled among the attendees, courtesy of the company Aqenaika, which also handed out the apron, the symbol of El Sopar dels Miralls, which is given to all the hosts. This year, the apron has been designed in pink for breast cancer.

A union of efforts

Many organisations and companies have joined forces to collaborate with this great cause, contributing in various ways to El Sopar dels Miralls, organised by Desig Esdeveniments. The sponsors were the Oliva Motor Girona dealership and Friselva, and the event was supported by the Hotel Camiral, Aqenaika, Cafés Cornellà, Scarlatta Collection, Ceres Roura 1912, RAC1, COMAS jewellers, the Garriguella Agricultural Cooperative, Servicios Gráficos PALAHÍ, Girona me Impulsa, Radio Olot, Radio Sarrià, Girona FM, Radio Salt and the cartoonist Joan Codina Negre. All of them have played a key role in making the evening a success.

The Girona Biomedical Research Institute (IDIBGI) is the only biomedical research institute in Girona, dedicated to research in six areas of health. Its research activity aims to increase knowledge of numerous diseases in order to improve their diagnosis, treatment and prevention, while also improving people's quality of life.