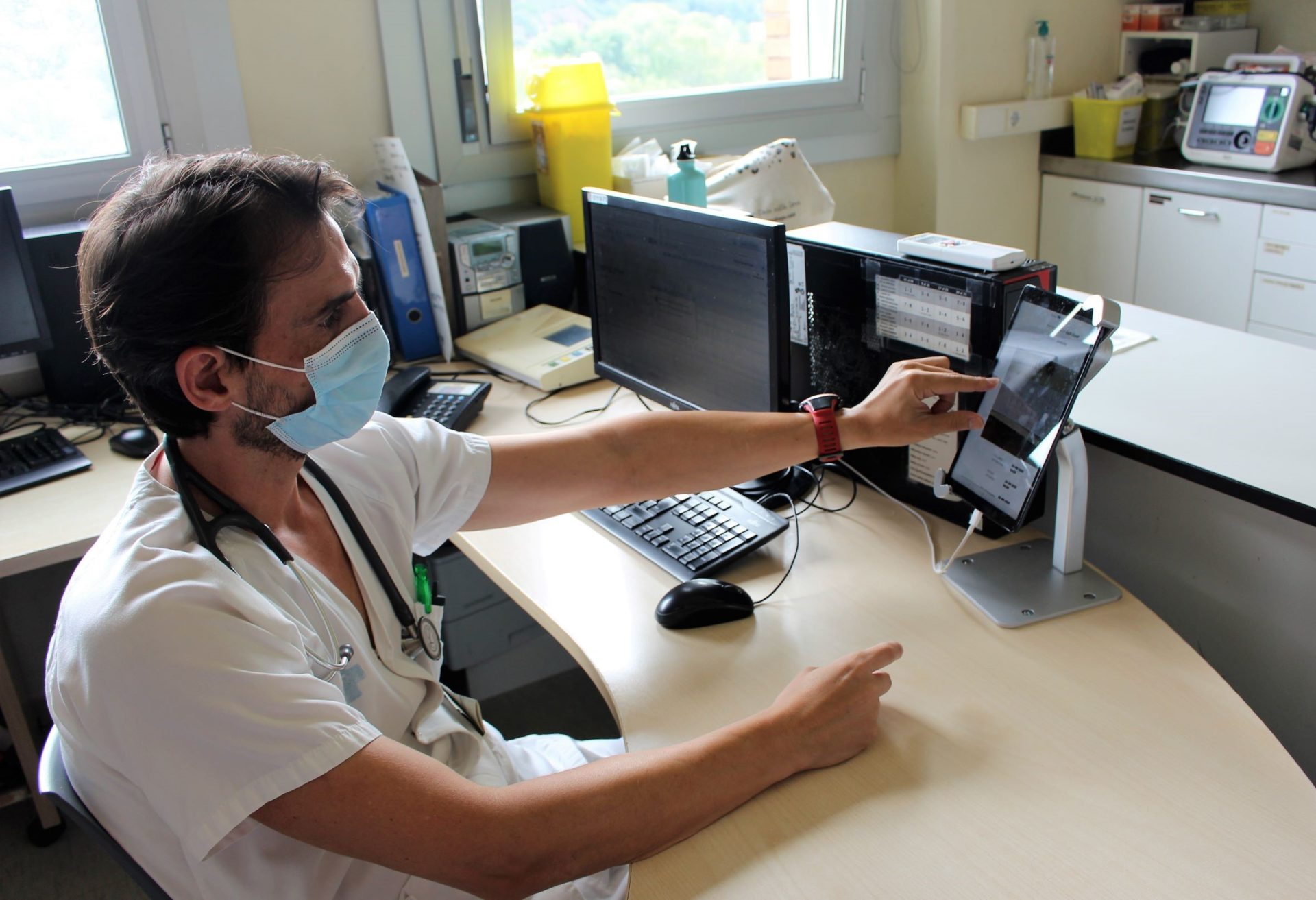 The app has been devised as part of a research project that investigates whether the use of this system reduces the time between heart attacks until the start of treatment, and also aims to improve coordination between different professionals and health centers

On September 15, it began to be used in the activations of the Infarction Code in which the hospitals of Blanes, Olot and Campdevànol are involved, in addition to the Trueta and the Medical Emergency System.

Professionals from the University Hospital of Girona Dr. Josep Trueta, University Research Institute for Primary Care (IDIAP) Jordi Gol, Girona Biomedical Research Institute Dr. Josep Trueta (IDIBGI) and the University of Girona (UdG) have developed an app that aims to improve the coordination, flow of information and treatment time of patients who have suffered an acute heart attack and who are transferred urgently at the Trueta Hospital, the reference hospital for the infarction code of the Girona Health Region. The development of this app is part of a research project, called Odyssey, which will determine whether the use of this app really achieves the goals initially set.

Thus, since September 15, a phase of application of the app has begun with real patients, who initially arrive at the county hospitals of Blanes, Olot and Campdevànol. Now, when these hospitals receive a patient who generates an activation of the infarction code, they incorporate their data into the new application, including images from the electrocardiogram, which allow the Cardiology Team at Trueta Hospital to assess the instant the patient’s condition via a mobile device or tablet and can therefore guide professionals to the hospital where the patient has arrived. The app also includes a chat through which doctors from different centers can exchange impressions and clinical directions in real time, a treatment suggestion for each case.

The SEM, which is the entity in charge of activating the Infarction Code through its Health Coordination Center, is also actively participating in the test. Apart from telematic care, the SEM healthcare professionals attend to patients at the time of activation and until they are transferred to the reference hospital, which in the case of the province of Girona is the Trueta Hospital.

The app incorporates a geolocation that allows to know at all times in which point of the hospital transfer the patient is and gives tools to the specialists in hemodynamics of the Trueta to improve the management and the occupation of the room of hemodynamics, where the patients will be subjected to an intervention to restore the flow of the affected coronary artery.

Once the patient has been treated at Trueta Hospital, all the clinical information continues to be poured into the application, so that the professionals of the county hospitals who have treated the cases in the first instance can follow the evolution of the patients.

The researchers anticipate that in the coming months the hospitals of Santa Caterina de Salt, Figueres and Palamós will be included in the research project, as well as the primary care teams. The researchers will collect the data for a year and a half and make a comparative study between the results that existed before using the app and those that have collected during that time. The aim is to assess whether the app has helped to reduce the time that elapses until treatment and to improve coordination and information between professionals.

The infarction code is activated 486 times on average each year in the Girona Health Region, with an average treatment time of 105 minutes between the electrocardiogram with a diagnosis of infarction and the opening of the closed artery. Researchers are confident that the app will bring the improvements they pursue.